Create a new account using a new phone number and a new email address (this is super important, otherwise Tinder will restore your previous parameters and you will be still shadowbanned… game over). Don’t link your social accounts (Facebook, Instagram, Spotify) if you previously used them with Tinder.

What is Tinder Shadowban?

A punishment… from Tinder, because you’ve done something wrong you naughty!

Tinder shadowban is Tinder penalizing you for doing something wrong (i.e breaking the Tinder community guidelines) without you knowing you’re being penalized.

Your profile becomes almost invisible, and it’ll take you some time until you realize something’s actually wrong.

How to tell I’m shadowbanned?

The official Tinder doesn’t talk about it. However, we all know…

Here’s how you can tell whether you’re shadow banned or not: 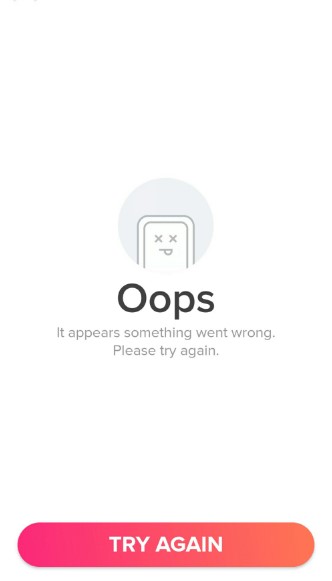 Note: Do not confuse it with error codes such as error code 5000, or others. Pay attention to the text.

You see it while you’re swiping those few profiles or when there are no more profiles to be shown. You see it a lot of times when using Tinder. 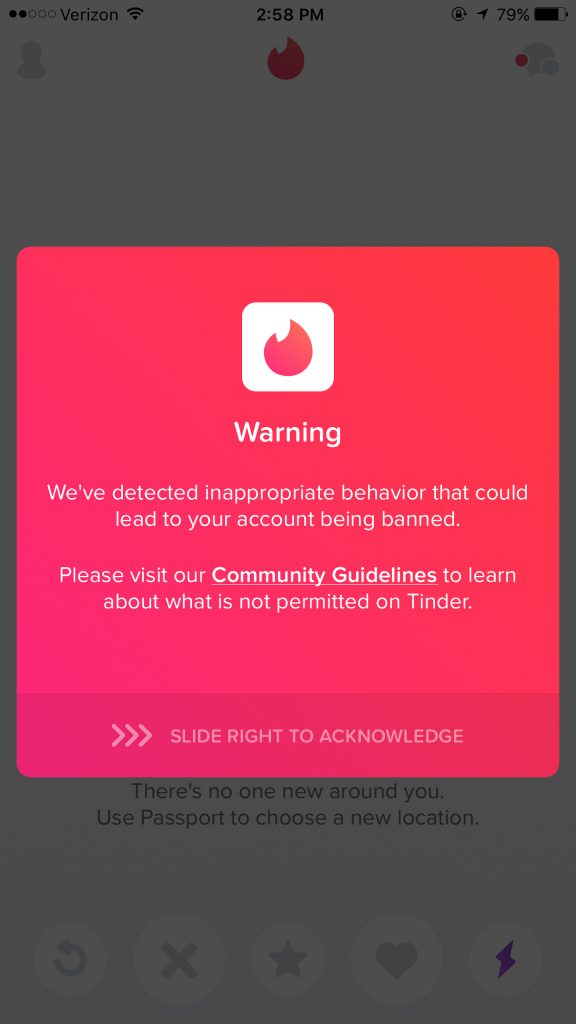 Well, the reason why you’re shadowbanned is exactly one of those mentioned above (you broke the Tinder community guidelines, or people reported you) to begin with.

Let’s say you didn’t improve much of your inappropriate behavior after the warning… if they didn’t ban you, then congrats on you shadowban.

If you’re new, Tinder gives you a kind of a boost. However, after a while you won’t get as many matches, or people to swipe.

Do not confuse this with a shadowban.

Why am I shadow banned?

It’s not because “Oh I’m just unlucky, always been.”, trust me.

There is something you’ve done with or without knowing you’re doing something wrong.

Perhaps you didn’t hear of the Tinder Etiquette, which is exactly what you should know of before you get Tinder. Here’s what it could be: