However, TrustPilot gives Plenty of Fish a favorable 4.2 out of 5 stars, with reviewers saying that POF is “easy to use” and it’s “great for meeting people.”

Pros and Cons of the Plenty of Fish Dating App

Plenty of Fish (POF) is one of the world’s largest online dating services. This Canadian based company was founded in 2003 by CEO Markus Frind 4 years after receiving a degree in computer systems technology from British Colombia Institute of Technology.

Frind ran the site independently until 2008 when the project became more than he could handle alone and he started hiring. This ended up being an excellent decision for Plenty of Fish Media Inc. By 2010, the POF app launched for both iOS and Android pushing the user base to new heights.

Frind was proud of what he had built and the relationships Plenty of fish had created. He once stated that “over one million babies have been born as a result of the website”. A headline sure to grab some attention. And it did…

In fact they caught the attention of the Match Group who bought the POF app in 2015 for a whopping 575 million dollars! With only around 75 employees at the time Frind was said to have personally gained about $525 million.

So what’s changed since Match took over? Honestly, not too much. There were a few matchmaking guidelines changed, but at the end of the day it’s still the same POF app.

Plenty of Fish has continued to grow and now has well over 100 million registered users. They’re also said to have approximately 3 million daily logins and over 2 billion pageviews a week! 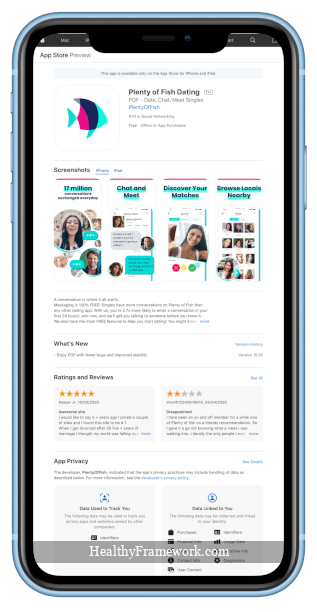 Many social platforms have begun implementing a live system thanks to the success and popularity of streaming apps like Twitch and Youtube. Plenty of Fish has jumped on that train as well with their Live! feature.

POF Live! allows users to live stream themselves for their matches and potential matches to see. It is a fun way to get more info about your personality out there, but is even better as a way to learn more about your matches before wasting too much time. The streams are genuinely fun to participate in and you can pass along virtual gifts to get the attention of the streamer, if you’d like.

Some dating apps have begun to take inspiration from old-school dating techniques like blind dates and speed dating to come up with exciting ways to implement face-to-face meetups. For Plenty of Fish, that feature is called “Meet Me.”

Using this feature is simple. You are shown a series of photos of singles along with some of their basic info. You swipe right on the photo if you are interested in the person and swipe left if you are not.

When you swipe right on a profile holder who also swiped right on you, a private chat will open to allow you to communicate and decide on meeting up in person. This method of meeting takes away the restriction of personality matching and the like, which some users really enjoy.

It is like using Tinder, but with the option to switch back to a deeper matching method at any time.

If you have done any online dating before, you know that your inbox can get a little wild after some time. Sometimes you can send a message to a match and never hear back. It feels pretty awful, but you might feel better knowing that oftentimes messages are just overlooked and it’s nothing personal.

Priority messages help you overcome this! Sending a priority message means the message is pushed to the top of that person’s inbox and pinned. It costs 1 token, POF’s in-app currency, which you can get for less than $2 a piece.

We weren’t overly wowed by the selection and variety of singles on Plenty of Fish, but it wasn’t a bad experience at all. There are plenty of singles to be found in many areas, but the crowd is generally a bit older and a little less tech-savvy. This means that all those high-shooting professionals in fields like tech, engineering, etc, are likely to be found on more modern apps.

Additionally, a review of POF does need to look at the intentions of the singles on the app. We have heard a lot of users report that most of the people they encounter on the app are looking for casual hookups and they’re not that smooth about it. Yes, we’re talking about pictures you may not want to see sent unsolicited and such. It’s certainly not the case for everyone on the app, but we’ve heard the most stories like that coming from this app.

You can sign up for POF on their main website or through their app. Both methods are super simple, just take a look through these step-by-step guides:

Signup Up on Desktop:

Signing Up on The App:

POF has a really great help section on their website and app. It is super easy to find solutions to your problems and search for specific features. They even include video tutorials and interlinking to help you quickly get to all the information you need.

However, we really dislike when sites don’t have direct contact methods for customer support. You can fill out an email enquiry form through their help page, but that is as far as it goes. No live chat option is available and they specifically state that they have no contact number and if you find one by Googling, “don’t call it because it is a scam.” However, we found a contact phone number listed deep in their terms of service.

If the company wants to see improvement in its Plenty of Fish reviews, it may really want to improve upon the customer experience starting with better access to customer service. 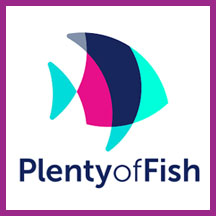 No! You can use POF for free, but your access to features will be limited. Paid members receive access to extended profile viewing, can upload more s, get read receipts, experience no ads, and much more.

You can spend your POF Tokens on:

About 11% of POF’s users are under 30. So, there are a few younger singles, but not nearly as many as with other dating apps.