The “Minecraft won’t launch” problem is probably being caused by driver issues. If you’re using the wrong video card driver or the driver is out of date, you may meet this problem. In addition to solving this problem, updating drivers can also improve your computer performance.

Run Minecraft as an Administrator

As it turns out, the first thing that you should do when the Minecraft launcher is not starting up is to run it as an administrator. This essentially tries to start the process with administrative privileges and can prevent order processes in the background from interfering with it. Running an application with elevated privileges can often fix several issues where it fails to startup because of some background nuisance.

To run the Minecraft launcher as an admin, simply right-click on the shortcut that you have created or navigate to where the launcher resides. From the drop-down menu that appears, choose the Run as administrator option. You will be prompted with a User Access Control dialog box, click the Yes option and you are done. 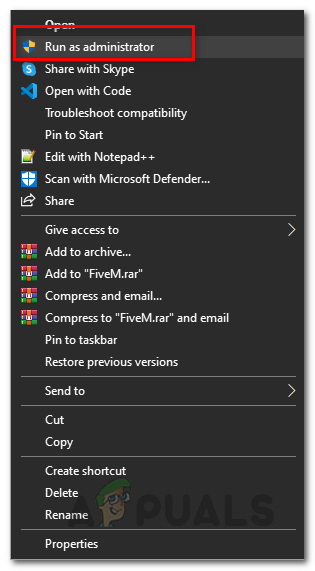 The Minecraft launcher, like every other application out there, saves its profiles on your system that are loaded whenever you open up the launcher. If this profile file is corrupted, it can cause the launcher to not start up at all. Therefore, in such a case, you will have to delete the launcher profile from your system.

This is completely safe to do as these files are automatically generated if they are not found the next time you open up the launcher. However, it is important to note that you will lose your launcher settings by doing this so that’s something to keep in mind. With that said, follow the instructions given down below to delete the launcher profile:

As it turns out, the launcher may fail to open up in some cases due to the interference of some background service or process. In such a scenario, the real problem is trying to figure out what actually is causing this to happen. Once you have found the culprit, you can deal with it. Now, since there are probably tons of apps on your system, it really is hard to pinpoint the guilty one. Issues like these can often be caused by third-party antivirus software so if you are running a third-party antivirus on your system, it would be a good start to try disabling it.

You can perform a clean boot to make sure that the problem is indeed being triggered by a background service. A clean boot essentially starts your Windows operating system with only the required services running in the background. This effectively removes any third-party background services from the question. Therefore, if your launcher starts normally after performing a clean boot, it is obvious that the issue is being triggered by an app installed on your system. To perform a clean boot, follow the instructions given down below: