When you get a tingle in your nether regions for a cutie you meet IRL, theres a hard deadline on getting each otherâs contact info. You either suck it up and ask for their digits before you get to the front of the Trader Joes line, or you kiss your potential soulmate goodbye. (And, unfortunately for both of you slow pokes, this kiss is only figurative.) When it comes to Tinder, however, there is no expiration date. You can message that match with the adorable puppy for weeks and never meet up. Or, you can send your digits to that match with the sailboat and meet up that very night. (Maybe not on their sailboat alone though, because #safety.)

This lack of urgency on dating apps means that many of us are left trying to figure out how to restart a conversation on Tinder. You might match with a zaddy on a Sunday night, message like crazy, get swamped at work that week, and never chat again. A few weeks later, when youre right-swiping through a sea of fish pics and Snapchat filter selfies, you might remember your well-dressed match from the past and think, “I want that.”

But how do you save a dying Tinder conversation without seeming unchill? First of all, being chill is overrated. Reaching back out doesnât make you desperate, it makes you powerful. When someone makes a move on you, its almost always hot and flattering. (Catcalls excluded.) And the same goes for when you take the initiative â its also hot and flattering.

Toronto-based dating expert Natalia Juarez echoes this sentiment. In her eyes, when it comes to reaching back out to a match, thereâs no shame â and we should all extend each other a little grace for attempting to navigate these sticky social situations. âItâs just like following up [with anyone else],â Juarez says. âYou never have any idea what was going on in this personâs life when they stopped responding. It is more than OK to send two messages to someone you like.â

How to Save a Dying Tinder Conversation 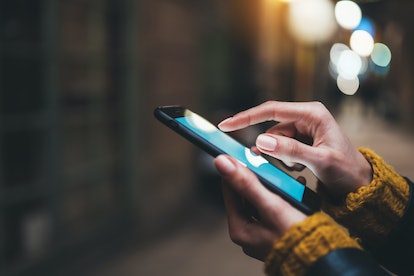 If the messages stop flowing for some reason, donât automatically assume that your banter is to blame. âYour match could have been recently out of a relationship, they could be dealing with family stress, a work project, anything,â Juarez says. âYou never know what stage of life youâre catching someone in.â Be patient with them, but make your interest clear.

A key to reinvigorating a dead Tinder convo is to keep it casual and light. âA lot of people worry too much about being too clever and then their messages can come across as awkward,â Juarez says. âReally the important thing is just to say something, anything, to leave the door open.â She also adds that sending too many messages can be a red flag. âTotally send a second message, but leave it at two,â Juarez says. If at that point they donât respond, itâs time to pack your knives and go.

I was recently grabbing drinks with a childhood friend of mine who Iâve known since I was five. For as long as I can remember, sheâs always had approximately three men in love with her at all times, and Iâm convinced that a key component to her magnetism is her total lack of shame. Take a page out of my friendâs book: When you reach out to a Tinder match after a lull in conversation, act like it aint no thang. Literally say whatever you want, and own it.