Well, I figured it out, so I decided to compile a list to help anyone else:

Ive hidden the locations so that (if you want) you can see the list of items without ruining the reward of finding them for yourself.

“Map of the world”

“This item gives you a new ability in quests : you can slow down the time. If things are going too fast for you, use your time ring!”

“This grimoire provides you three spells, quite easy to cast. It is really made for beginners. You will be able to use the acid rain spell (a large quantity of acid drops will fall on your enemies), the fireball spell (a giant magic ball made of fire will fly towards your enemies), and the teleport spell (which will teleport you to an unpredictable location).”

“This magic feather allows you to jump higher when you use your poto stick!”

“This item allows you to jump in quests!”

“This heart plug, made with iron, spider legs, and a special “heart liquor” sealed in the center, will increase your health points by 20 percents!”

“This advanced grimoire provides you two spells : the erase magic spell and the thorns shield spell. The first one will erase all the magic from a quest at some point including the spells you casted and your enemys magic. The second will create around you a shield of floating thorns which will inflict damage upon contact.”

“This magical sponge allows you to squeeze yourself just like a sponge, therefore reducing your size.”

“Shell powder is often used by farmers to improve the growth speed of their lollipops. This powder will multiply your lollipop farm production by three!”

“This magical fin will greatly increase the damage of your fireball spell. Finally this fireball becomes useful.”

“You found this grimoire in a cave, it was very hard to reach, and that was for a reason. It provides you two powerful black magic spells. The first one will create in front of you a giant wall made of obsidian bricks, which can be useful to slow down your enemies. The second one will summon a swarm of demons attacking everyone in the quest, including you. Be careful with this one.”

“This magical fin will bring the power of nature to your lollipop farm! Your production will be multiplied by 5.”

“This magical fin will provide you a new black magic spell. You can only use it once per quest. Be very careful with this one!”

“This heart pendant will increase your health points as long as you keep it around your neck.”

“This key allows you to enter the very ancient fortress located above the desert. Who knows what you could find there?”

“This magical horn belonged to a unicorn Its powerful healing powers will help you a lot. You heard that this unicorn was named Charlie.”

“This claw belonged to a xinopherydon, a two-headed ancient animal everyone believe to be extinct. It will double the damage of the weapon youre using.”

“This special pitchfork allows you to loosen the soil without turning it over, therefore preserving below-ground soil ecosystems. It will triple the production of your lollipop farm.”

“This talking candy appeared after you put the four stones at the top of the castles tower. He might help you to open the candy box…”

Here is a collection of the equip-able inventory items:

“When you wear this crown, you feel a lot more confident. It doesnt give any advantage in quests, but self-confidence is important!”

Status effect: You are a lot more confident.

“This enchanted crown is made with gold and red jaspers. In quests, it will frequently cast powerful magic fireballs around you. And also, its shining!”

“This enchanted crown is made with gold and obsidian. It is beautiful. In quests, it will summon an Octopus King fighting on your side once in a while. What a tenacious ally!”

Status effect: Summon the Octopus King once in a while to help you.

Status effect: Multiplies the number of candies found in quests by 7

“This hat was sold to you by the sorceress. It will enhance the effects of your spells and potions.”

“This body armour will offer you a weak protection. You will be slightly more resistant to your enemies attacks.”

“This strong body armour will protect you. You will be more resistant to your enemies attacks.”

“This armour is very special. You will be a LOT more resistant to your enemies attacks, but the damage of the weapon you are using will be divided by two.”

“These gloves basically do nothing. But theyre soft and comfortable, at least!”

“These enchanted gloves emit a soft red light when its dark around you. In quests, they will randomly cast small fireballs towards your enemies, which can definitely be useful.”

“These enchanted gloves leave a pink mark on everything you touch. In quests, they will heal you continuously.”

“Simple Leather boots. Nothing special about them.”

“These awesome rocket boots allow you to jump in mid-air, so that youre basically flying!”

“Take the time to breathe and calm down. If you wear these boots, you will never move as long as you touch the ground.”

“A simple sword made of wood”

“A powerful sword, recovered by spikes.”

“You took this bludgeon from the troll guarding the bridge. It is slow but smashes your enemies quite efficiently.”

“This staff belonged to the naked monkey wizard you found in the cave. It will frequently cast spells by itself, targeting your enemies.”

“This staff is faster than the non-enchanted version, and will cast a lot more spells.”

“You found this tribal spear on the corpse of a tribe warrior lost in a big hole in the ground. Its a bit hard to handle at first, but once youre used to it, its a good weapon.”

“This magical tribal spear, in addition to being slightly more powerful than the normal tribal spear, will frequently summon tribe warriors which will help you during your quests.”

“This giant spoon was in a giant teapot in the desert fortress. You dont know if anyone ever used it as a spoon, but if so, it must have been someone really big. You probably dont want to meet him.”

“It is said that this scythe belonged to the Death itself. It is extremely fast.” 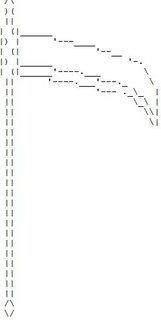 “This giant spoon is even more powerful than the regular giant spoon you could find, for example in a teapot. Its quite slow however.”

Telling you where you can find every items will take forever. Ask for the items youve missed.