2) Bond Over What You Dislike (read: hate with an unparalleled passion) 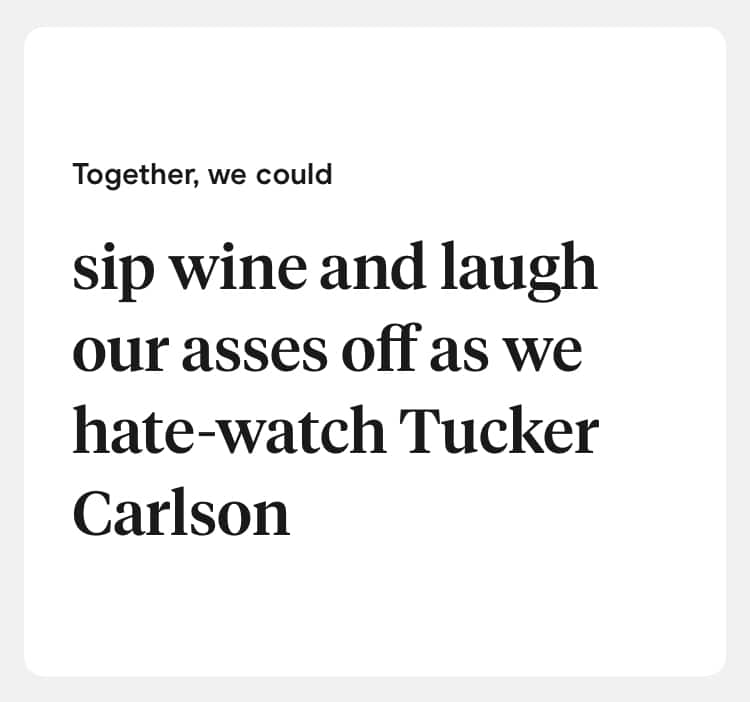 I mean, of course, they’re all about attracting people and making connections, but the best way to do this is by showcasing who you really are.

It’d be a curse to have every woman on Hinge like your profile.

If that were the case you’d waste a copious amount of time getting to know women you’re not compatible with.

Doing so will filter out women you’re not meant to be with. 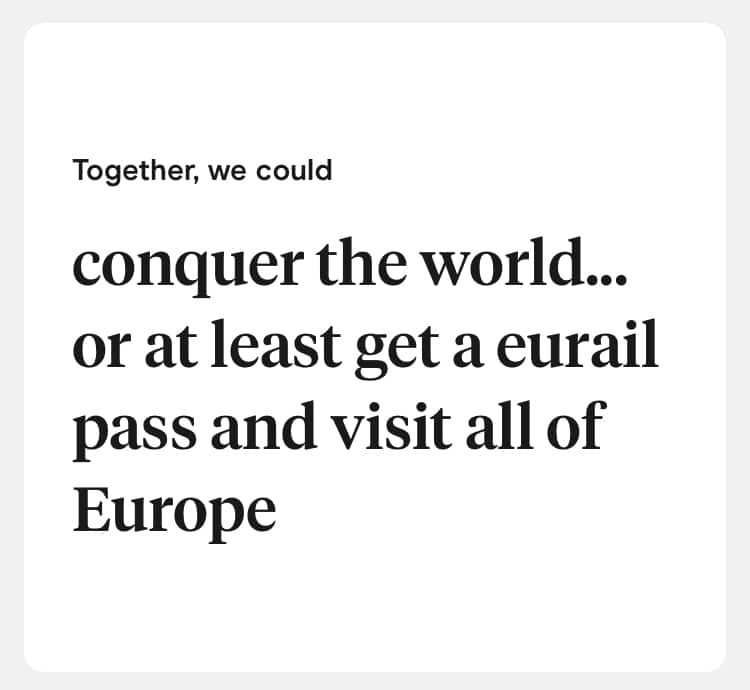 I particularly like this together we could Hinge prompt response because when you begin to read it you’re expecting a cliche answer about how you two dominate the world, yadayada, only for the reader to be taken for a spin as they realize that instead of conquering the world, they’ll simply be a jet setter. 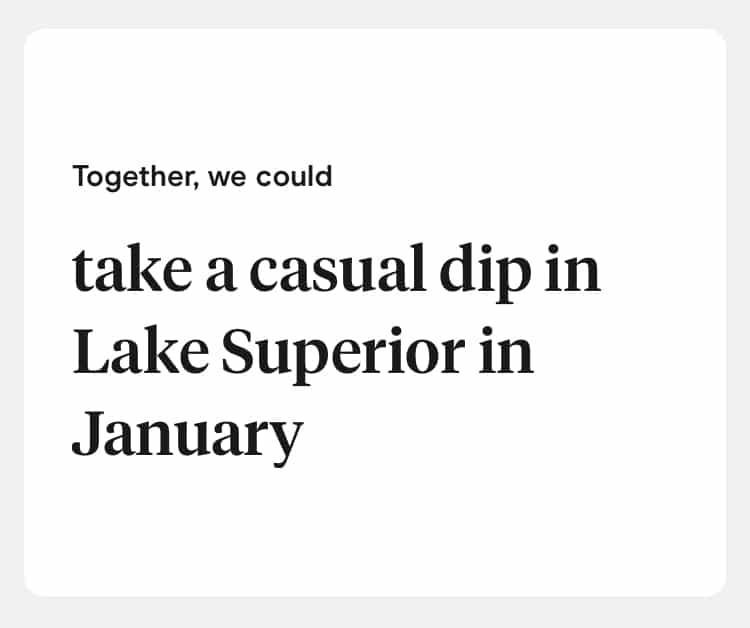 The more local you make it the more likely it is that she can connect with your prompt.

Chances are she’s heard of that bar, gone to that restaurant, or yes, even jumped in that lake.

Making it local not only tells her that you too are a local (thus are probably looking for a serious relationship) but gives you two something super easy to bond over.

Not only this, but it easily allows you to steer the conversation towards asking her out to the place you wrote about in your prompt.

Should she comment on a place you name-drop in your response, simply ask her a few follow-up questions before using a TDL to ask her out.

The whole point of a dating app is to connect with someone enough to the point that you want to ask them out.

When that time comes (and it should come before 20 messages are exchanged) you’ll want to use a TDL.

A TDL is specific in that it makes known when and where a date will take place. It allows her to see the date, consider it, and ultimately make a decision.

Ideally, you want to ask her on a first date that: 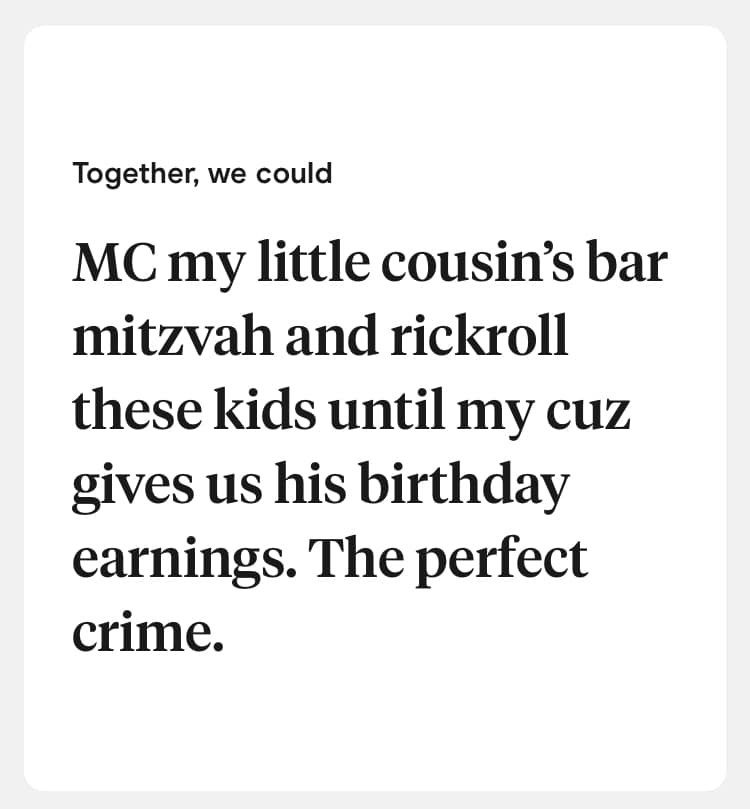 Even if you’re writing a seemingly absurd Hinge response, getting noticed is better than having her swipe past you without investing the five seconds it takes to read your prompt.

Granted, the one response above is a tad ridiculous, the point is that getting noticed on a dating app is super difficult.

While Hinge’s male-female ratio isn’t as lopsided as Tinder’s or Bumble’s it’s still a sausage fest.

This means women can be as picky as they like and still score oodles of matches.

To stand out you really need to invest in creating a response that stands out. This means writing down a few response options, A/B testing, and revising until you’ve found one that works.

6) Make It You – “Together We Could” Hinge Prompt 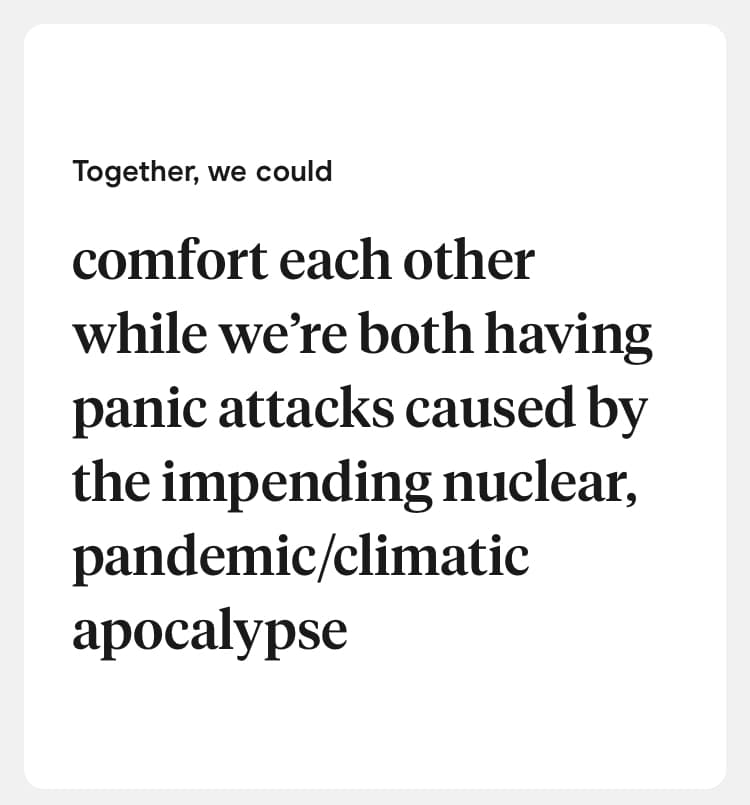 This is the time to tell her who you really are (or make a hyperbolic joke about the state of the world we live in).

Whatever you have to do to get noticed and build rapport – do it.

Just be sure that whatever you’re writing targets a certain type of person.

By now you should have some idea of what a quality Hinge response looks like.

To be considered a high-quality response, your prompt answer should do at least one of three things.

Your goal with these responses is to humanize yourself.

The best way to do so is to write responses that are humorous and reveal aspects of your personality.

Ideally, you write a response that does all three of these things.

But considering that’s not always easy, a response that accomplishes at least one of the three should be just fine. 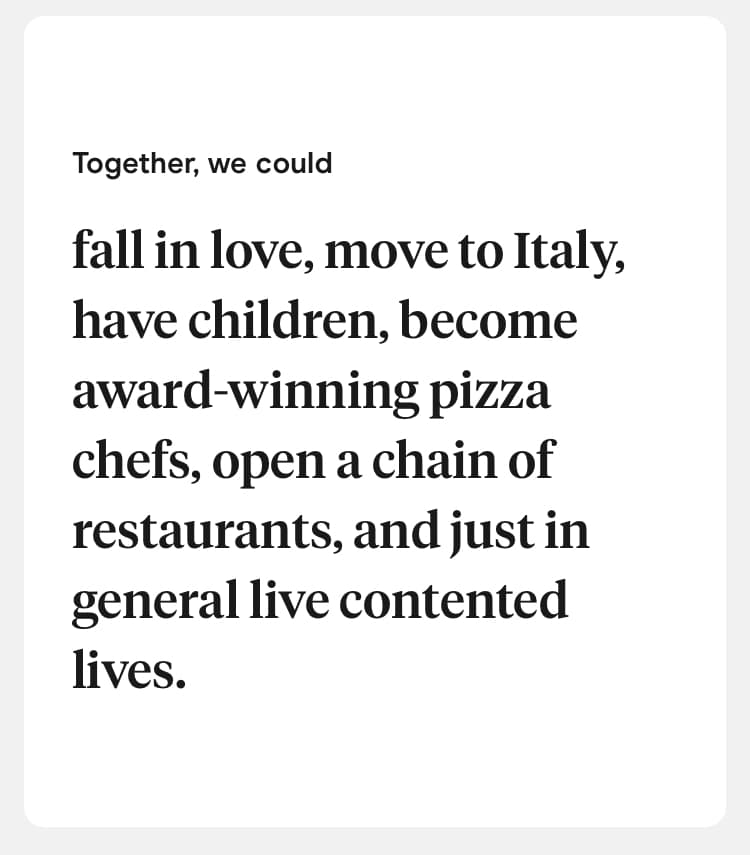 Talk about all the amazing things you’ll do together, places you’ll go, and dreams you’ll see come true.

She wants a guy that will stand out, one that will fantasize with her.

8) Yeah, There Are A Lot Of Two-Person Activities Out There 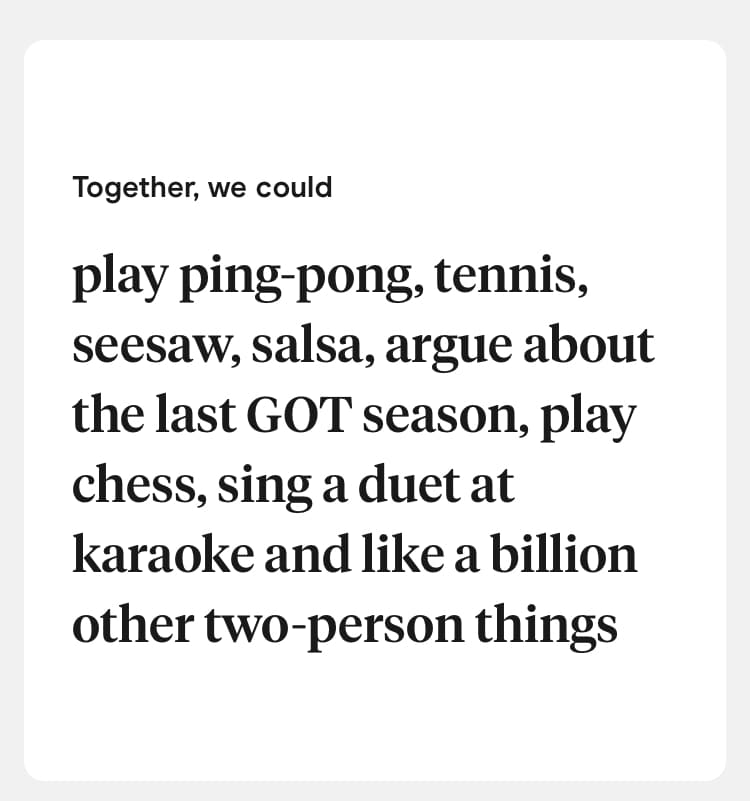 There are some things in life that were just meant for two people.

Tell her what you’re interested in as well as throw out a first date idea or two by listing the many activities you’re into that require two people.

Some other things include:

These are just a few activities you might consider popping into your profile.

When in doubt, give her ample information about yourself. Sooner or later something you say will resonate with her.

As far as together we could hinge prompts go, this might be the most out there.

In fact, if she likes your brand of humor it could be better than okay, it could even get you a like.

As you can see, this prompt doesn’t suggest a first date idea nor reveal too much about your personality (apart from that you’re a jokester). What it does do is genuinely make her laugh out loud and smile, both of which are always welcomed responses to a Hinge prompt.